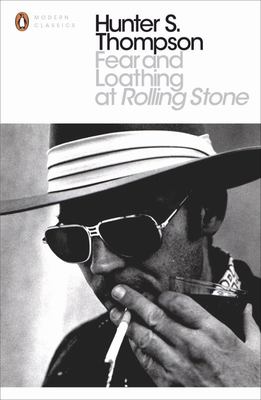 Fear and Loathing at Rolling Stone: The Essential Writing of Hunter S. Thompson

'It would not do to be found in the desert under these circumstances: firing wildly into the cactus from a car full of drugs'. "Fear and Loathing at Rolling Stone" showcases the evolution of the writer of "Fear and Loathing in Las Vegas" and "Hell's Angels", through his work at the magazine that he helped to put on the map. Jann S. Wenner, Hunter Thompson's editor and friend for nearly thirty-five years, has chosen the pieces, including many never collected before. They show how Thompson's "Rolling Stone" writing, when taken as a whole, forms an extended, allusive autobiography of the writer himself as he pursues his lifelong obsession, the king-hell story of them all: "The Death of the American Dream".